Couple conflicts have wide-ranging negative physiological, psychological and relational impacts on both members a couple. Emotions play a key role in conflicts and in particular, negative emotions have been found to escalation conflicts, whereas positive emotions will help a couple spiral toward resolution.

Since it is established that emotions can be trained (i.e., Klimecki, Leiberg, Lamm & Singer, 2012; Bolier, et al. 2013; Schumer, Lindsay, & Creswell, 2018), the purpose of the current study was to investigate experimentally which training methodology, between compassion training and cognitive reappraisal training, was the most effective to increase positive emotions and reduce negative emotions among couples. Couples were trained and tested in their emotional expressivity using the integrative coding methodology of the Specific Affect Coding System (SPAFF; Gottman, McCoy & Coan, 1996; Coan & Gottman, 2007).

The difference between the two groups was not statistically significant. However, the ratio for compassion training was numerically superior which seems to suggest that, although not significant, it seems to induce greater levels of positive emotions and reduced levels of negative emotions in comparison to cognitive reappraisal training. Differences in psychological and psychosocial mechanisms involved in the two training approaches are discussed. Future studies with a larger sample size and sufficient statistical power would be required to help clarify the difference in impact on compassion and cognitive reappraisal training methodologies. 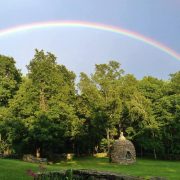 If you would like to further your grounding in the foundations of Soulmaking Dharma and that whole paradigm,  Rob Burbea would suggest that you consider joining Catherine’s online Foundations of Soulmaking Dharma course (Oct 20 – Dec 20 2019; see Barre Center for Buddhist Studies BCBS program for more info). The intention for Catherine’s online course is to give a comprehensive, systematic grounding in those foundations through a guided supporting framework.

Completion of this online course is a prerequisite for the Soulmaking Dharma residential program at BCBS January 10-16, 2020. 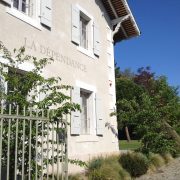 The inquiry process is central to the teaching of all Mindfulness based approaches. This two-day training will provide an opportunity to develop understanding, skill and confidence in the inquiry process. 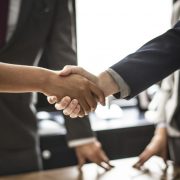 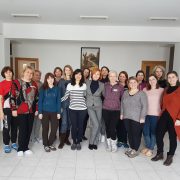 “Part 2 – Mindfulness for children” kicked off in September 2018 with an intensive onsite training in Chisinau (Moldova) this past November 2018. The program was facilitated by Sarah Silverton and Monica and was based on « the Present ».

Participants are so happy that they can take home caring and innovative methods for the benefit of hundreds of children and support them to DREAM, ACHIEVE, REALISE, EXPRESS (DARE)  !

“Ultimately, we want children to grow up to become happy and responsible adults, capable of achieving their full potential in life. We want children to have the courage to strive for their dreams and, if they encounter obstacles, the resilience to try again” (DARE Project director, Caritas Vienna). 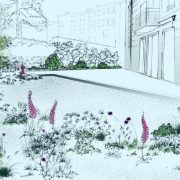 Presentation at the Happy at Work Forum 2018 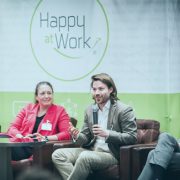 Every day, billions of dollars are wasted and thousands of deals are lost because employees are overwhelmed, burned out, or simply no longer care to make efforts that advance their organisation.

As you’re faced with employee burnout, the blending of cultures and generations, and the consistent push for innovation, you’re also challenged to rethink old ideas and discover new methods for achieving sustainable success.

Boaz presented at the Happy at Work Forum in May 2018 for corporate executives to gain knowledge, develop practical tools and regain energy for a more resilient business world. 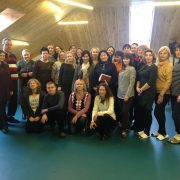 In June 2018, Monica completed the first year-long mindfulness programme with 64 teachers and social workers in Ukraine, Romania and Moldova.

As part of an innovative multifaceted child protection project, mindfulness supports educators to embody and model attitudes and behaviours that encourage positive growth in children. The goal: to achieve long-term impacts by investing in building resilience and adults’ capabilities.

Following the success of this programme, a phase 2 – mindfulness for children in planned from September 2018 to June 2019.